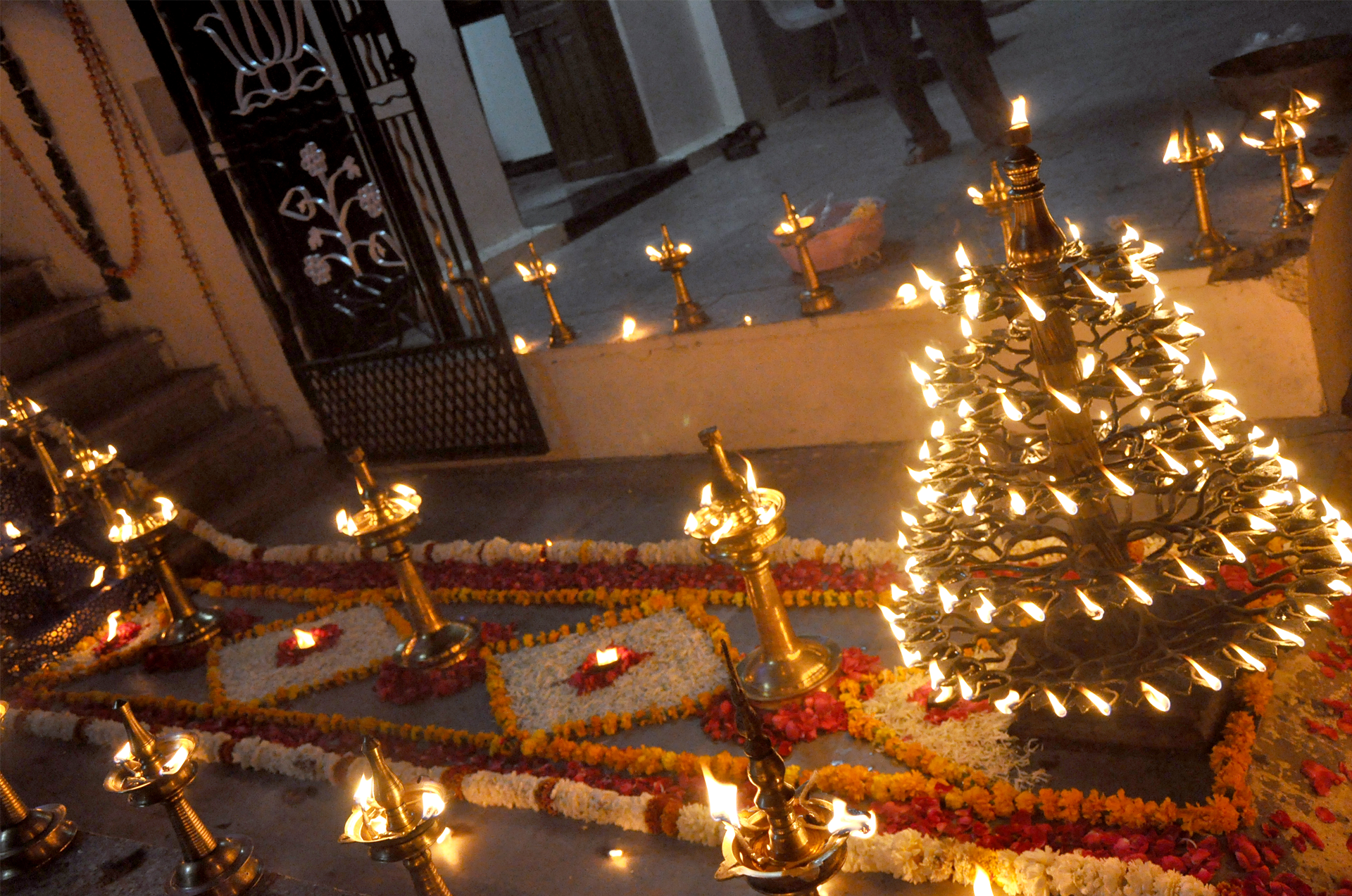 “Panthrandu vilakku” is being observed in temples with great fervour and enthusiasm to commemorate the ‘Ten Avatars of Lord Vishnu’. The first avatar was ‘Matsya’ or the ‘fish’ from the satya yuga. Lord Vishnu took the form of a fish. To save the earth from the Apocalypse, He took his boat to the new world along with one of every species of plant and animal. The second incarnation of Vishnu was Koorma or Tortoise. It is believed that the mount Mandara, while the Devas and the Asuras were trying to churn out the Amruth or Elixir from the ocean of milk, began to sing down. Immediately Lord Vishnu took the form of a tortoise, bore the weight of the mountain on Him, and stopped the Mountain from going down. The third incarnation is Varaha or the boar. According to the epic Hiranyaksha a demon King, took the earth and carried it away to the bottom of the cosmic ocean. Lord Vishnu took the form of a boar and had battle with Hiranyaksha. This battle continued for a Thousand years. Eventually the Varaha won the battle and brought back the earth to its place is the Universe. <<Read More>>