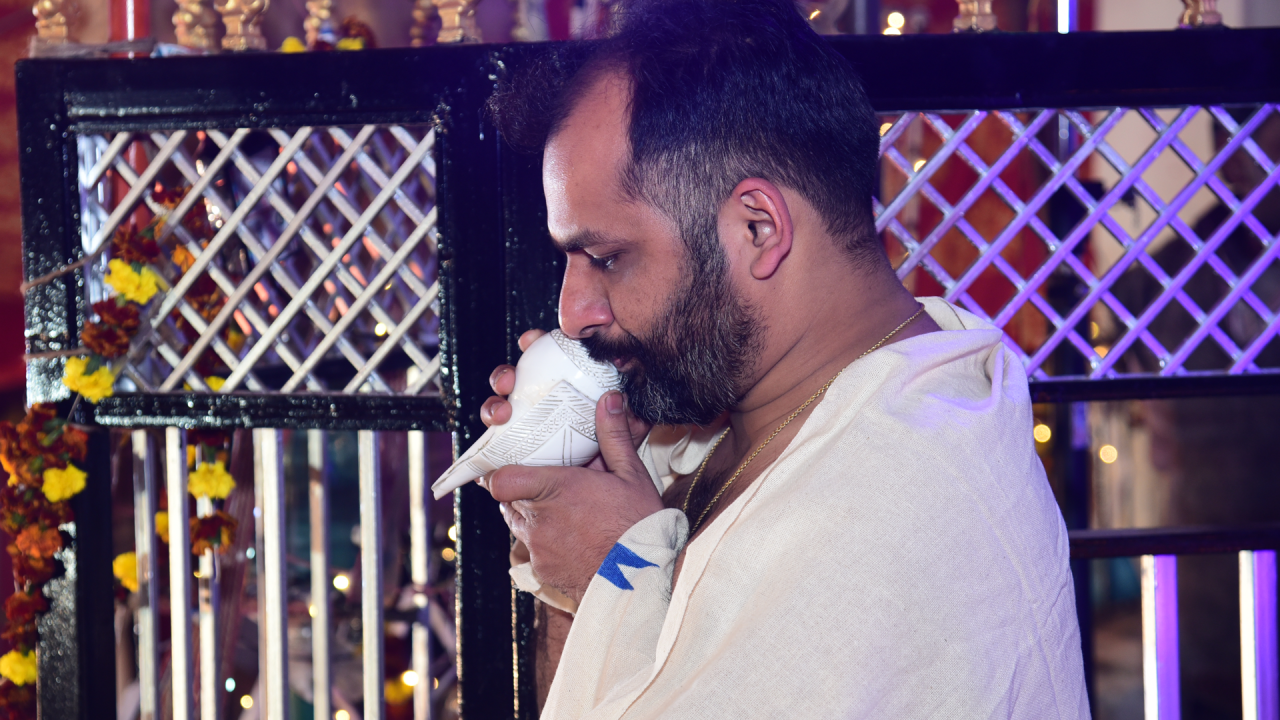 It is believed that Lord Ayyappa has his divine control over Lord Shani. According to Hindu astrology, Shani or Saturn is one among the planets. People who believe in astrology and horoscope always think about that the position of Shani on their horoscope which they believe can cause misery to their life.

Lord Ayyappa (Dharma Shastha) is the union of the spiritual powers of Lord Vishnu (the Lord of the universe) and Lord Shiva (the supreme power). So with his great power Lord Ayyappa has got control over Lord Shani. He is also known by the name Shaneeshwaran Ayyappan.

There is a wonderful relation between Lord Ayyappa and Shani. Once a verbal conflict happened between Lord Ayyappa and Shani. It was about the ill effects that will happen to a person during Shani period. Lord Ayyappa wanted to save all his devotees from the trouble of Shani. So he asked Shani about the ill effects to suggest remedies. The person having Shani Dosha will lose his natural colourful flair ‘Kesha Nakha Sanskaara'(haircut and clipping of nails), will suffer from extreme cold and austere habits, will lose his property and will be forced to beg.

So Lord Ayyappa suggested Ayyappa Deeksha. It is believed that Shani Dasha (Period) for a person is for 7 years. Lord Ayyappa suggested that his devotees will take Ayyappa Deeksha for 41 days and experience the same difficulties that Shani would have given in a period of seven years. The devotee should wear black dress which is the colour associated with Lord Shani. It also represents an isolated mind free of worldly pleasures. The devotees should not shave or get hair cut and clip nail. He has to spend time in bhajans, doesn’t wear foot wear, have to take cold bath early in the morning, will sleep on the floor, practice Brahmacharya and takes Bhiksha. Also the walk to the difficult Sabarimala will all add up and match to the scenario of Shani’s effects.Thus a devotee who takes the Ayyappa Deeksha in similar way will be free from the clutches of Shani.

Devotees try to get rid of Shani Dosha by conducting Ayyappa Bhajans. By worshipping Lord Ayyappa it is believed that Sade Sati, Ashtama Shani, Kandaka Shani, 71/2 Shani and fear will all be removed from ones life. To get rid of the evils of Shani (Shani dosham) devotees offer Niranjanam to Ayyappa on Saturdays.

Neeranjanam is one of the most important offering made to Lord Shani. Sachets of Thil (Sesame Seeds or Ellu) and raw rice (other than boiled) are dipped in sesame oil and kept inside a coconut. Coconut pieces are placed in a plate of raw rice. These sachets are then lit in front of Lord Ayyappa or Lord Sani preferably on Saturdays.

The step by step instructions are given below: Take a tray with raw rice and cut a coconut into two pieces and keep it in the plate. Take two small pieces of cloth and place small amounts of raw rice and sesame in them. Make a packet from the above. Corners of the cloth pieces can be twisted by hand or tied by a thread. Depending on how long to burn the pieces either dip the sachets in sesame oil or add sesame oil into the coconut and light up the sachets. Always keep the offering in a sacred and safe place. Chanting of Ayyappa mantras in front of Neeranjanam makes it more divine. 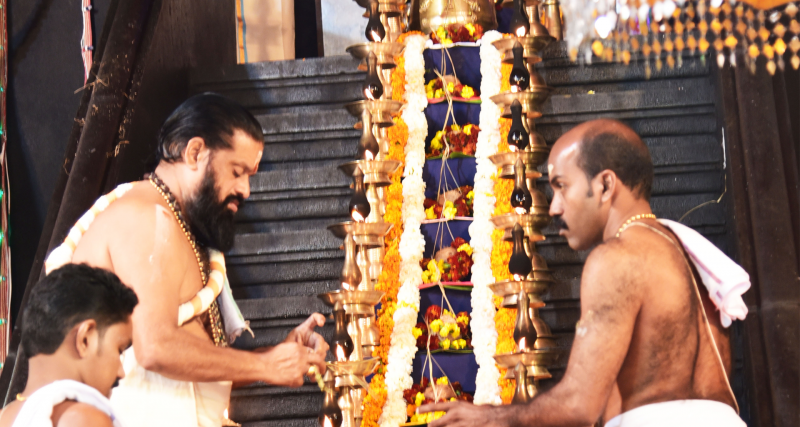