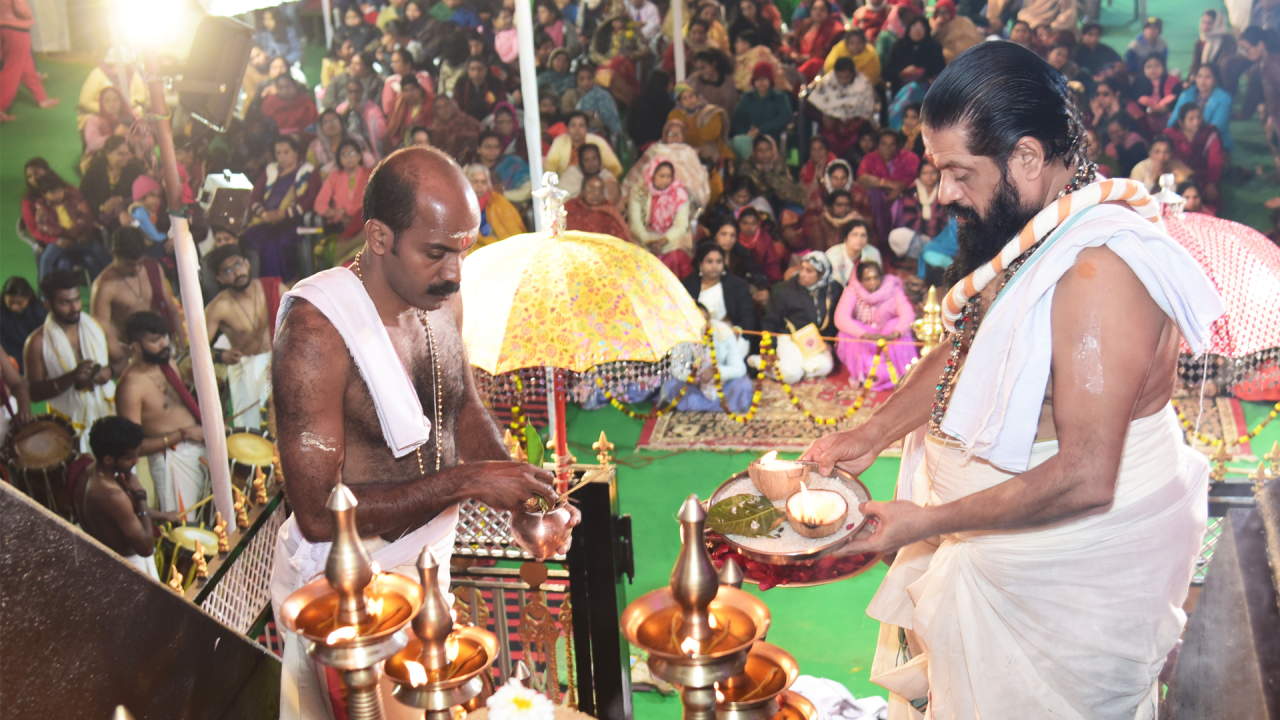 The Ayyappa devotees after reaching the Sacred Sanctorum and having darshan, the first ritual they undertake is making preparations for Neyyabhishekam. Neyyu or ghee abhisheka is the most important offering to Lord Ayyappa at the Sabarimala Ayyappa Temple. Devotees bring ghee to the temple by filling it inside a coconut. This coconut is known as Neythenga or the coconut filled with ghee. This coconut is carried from home in the Irumudi kettu. The ritual involves pouring of sacred ghee brought by the devotees in their Irumudi on the Lord Ayyappa idol.

The God is believed to be spread like the butter in the milk. We could see symbolisms like this in spiritual science. It is believed the Bhagavan sleeps over the ocean of milk or in other words Kshirasagara. Every human body can be imagined as a Kshirasagara since we think that the power of god exists in every human. The body is filled with energy ‘the Chaitanya’. If the body is milk, the butter is the energy which is hidden in the milk. This energy is the part of god’s power. Therefore, it can be symbolize as God who situates in our body, without revealing, like the god who takes bed over the Kshirasagara.

On reaching the Sannidanam, the pure ghee is showered on the idol at the temple. The ghee represents the power of Lord Vishnu. The Jalabhisheka orpouring of water is considered as Saiva Sakti. The combination of Vaishnava and Saiva powers are merged here in the abhisheka. The ghee symbolizes the human soul. By having abhishekam of this ghee to Lord Ayyappa the soul merges with the Supreme Being ‘the paramatma’.

In other words the Atma attains liberation on being absorbed by the supreme soul according to Hindu mythology. The jeevatma is ghee and the paramatma is Lord Ayyappa. Once the ghee is removed from the coconut, then the coconut symbolizes Jadam or dead body. This is the reason why the coconut is then offered in the huge Aazhi or fire located below the steps leading to the sanctum sanctorum. During the pilgrimage season the Neyyabhishekam begins early at 04.15 am in the morning and continues till 11.30 pm at night. Every year the temple authorities make elaborate arrangements for the pilgrims to perform Neyyabhishekam. 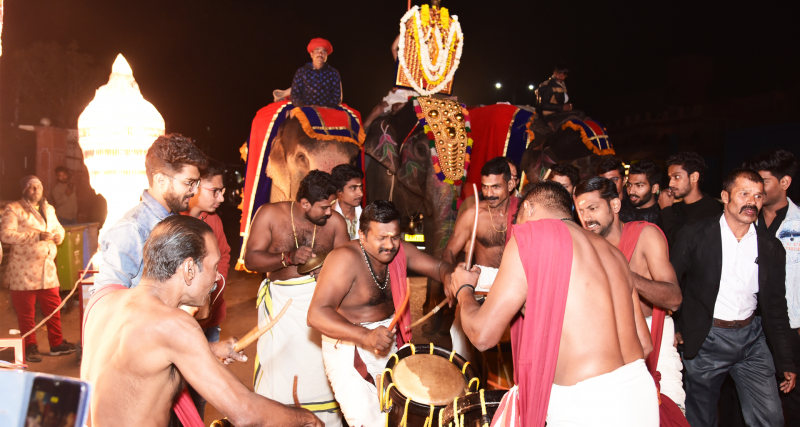