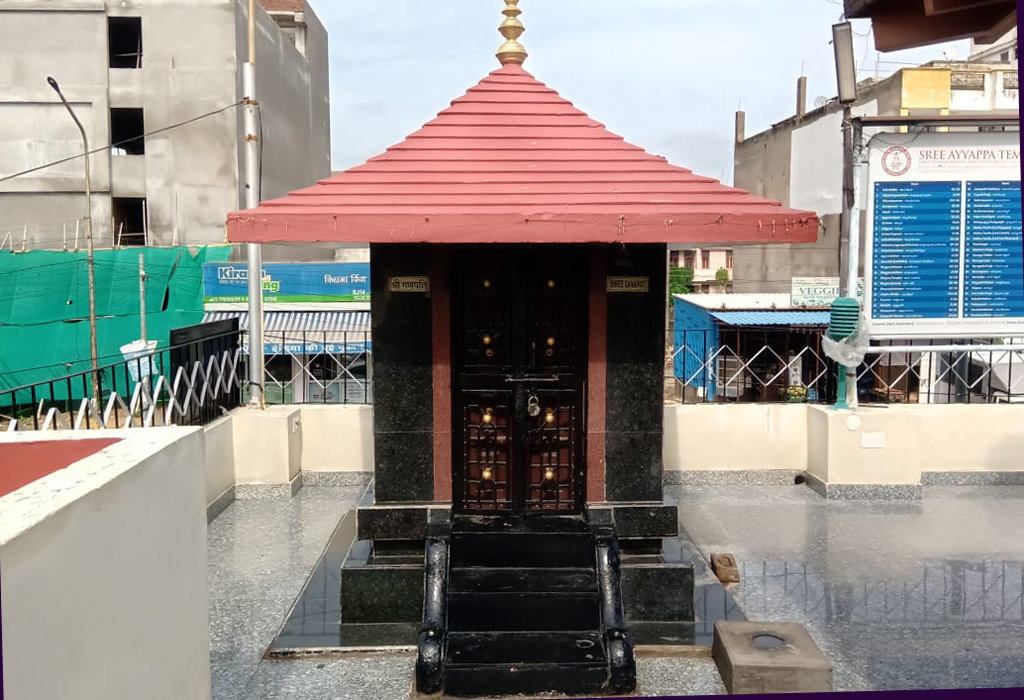 Lord Ganesha is the Lord of success and destroyer of evils and obstacles. Lord Ganesha is also worshipped as the god of education, knowledge, wisdom and wealth. All temple events and other good events starts with a Ganapathy Homam or by breaking a coconut in front of Lord Ganesha so every worldly activity starts with the worshiping of Lord Ganesha Devotees believe that if Ganesha is propitiated, he grants success, prosperity and protection against adversity

Festivals associated with Ganesh are “the Vināyaka caturthī or Ganesh Chaturthi in the śuklapakṣa (the fourth day of the waxing moon) in the month of Chingam (August/September) On that day rituals like Ashtadravya Mahaganapathi Homam is performed in the temple. The most famous mantras of Lord Ganesha is Om Gam Ganapataye Namah. Bhadrakāli is one of the forms of the Supreme Deity. Bhadra in Sanskrit means blessed, auspicious; fair, beautiful; good; fortunate, prosperous. Bhadrakali is the popular form of Devi worshiped in Kerala. In Kerala she is considered the auspicious and fortunate form of Kali. She is generally considered the consort of Shiva in the form of Rudra. Bhagavathy (Bhagavathi) or Devi is considered as female aspect of the divine Shakthi. Shakthi is considered as the female counterpart without whom the male aspect remains ineffective. Shakthi is the power and Shakthi devotion is a essential part of Hindu Tradition.

Devi is worshiped as Durga or the Divine Mother, Lakshmi, Parvathy, Saraswati and Mahishasura-Mardini or Kali. Devi is worshipped mostly in the form of divine mother Another notable aspect is Mahavidyas, which denotes the supreme knowledge. In most of the devi temples in Kerala Devi is worshipped as Bhadra kaali.

Navagraha or the Nine Planets control the life of every person, it gives harmony or misery to the persons as per planets movements. Navagraha pooja is combined pooja for all the nine planets and is divided into nine parts. The Nine Grahas or Planets are Surya or Sun, Chandra or Moon, Guru or Jupiter, Budha or Mercury, Shukra or Venus, Chowa or Mars, Shani or Saturn Rahu and Kethu. Navagrha pooja is an extremely useful and beneficial pooja. Navagrahas affect the life adversely on occasions when they occupies certain positions in individuals horoscope. The nine graha or planets control our karma, our wishes and their outcomes. In the temple devotees can get the pooja Each of the nine planets influence in our lives, which is called “dasa” and its can be known from one’s horoscope. Navagraha pooja is a remedy for all doshas. Conducting this pooja reduce the negative effects and positive energies related to a person. It is also suggested to bring prosperity, good health, wealth and for removing navagraha dhoshas of the devotees. Navagraha pooja shall be performed atleast once in a year.