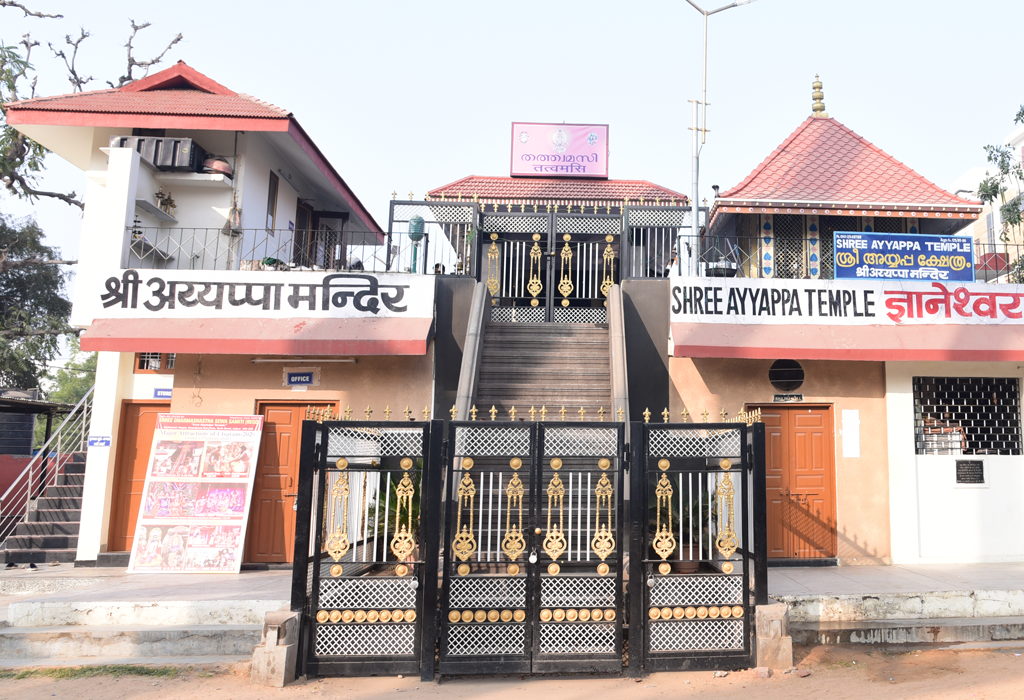 The pranaprathishta of the Ayyappa temple was consecrated on 14th January, 1986 by Shri Attupurathu Govindan Nambhoothiri. The foundation stone of the temple was laid down on Thiruvonam Day of Chingam i.e. on 07 September, 1984. Built similar in architecture to the most famous and prominent Sabarimala Shree Dharmasastha Temple. The Shrine is located in the south side of Pink City. Jaipur the capital of Rajasthan is popularly known as the Pink City. Known as the Pink City because of the color of buildings painted in pink in the walled city. The temple also include the Shrines of Lord Ganesh Ji, Shiva, Devi Bhadrakaali, Navagrahas which is the archetypal style of Kerala’s Mahakshetram. This is the first and the only temple of its kind in North India with 18 Holy Steps (Pathinettam Padi) similar to that of Sabarimala Temple. The temple art and other cultural events during the festive days are the reflection of the ancient culture and tradition of Kerala.

Extensive daily Poojas are being performed in the Temple. Regular Bhajana followed by Annaprasadam is being performed throughout the Mandalakaalam. On all important festival days including on all Saturdays, Mahadeeparadhana followed by Bhajana are performed with distribution of Annaprasadam to all Devotees in the Temple premises. Conducting Akhandanamayagnam on every second Sundays and Sarvaishwarya Pooja on every third Sundays in the Temple regularly are other attractions. The important festivals like Mahashivarathri, Painkuni Uttram, Vishu, Sree Rama Navami, Naga Panchami, Karkkidakavavu, Aavanippiravu, Athachamayam, Vinayak Chathurthi, Thiruvonam, Janmashtami, Navarathra, Mandala Pooja, Karthikavilakku, Mandala Vilakku etc. are celebrating more colourfully and with great attractions.The Three days celebration of Thiru-Utsavam of the temple from 12th to 14th January every year with special poojas, archana, Homam, Kalasham etc. with the presence and under the guidance of Temple’s acharyan Brahmashree Akkiraman Kalidasa Bhattathirippad. This is also followed by Annaprasadam on all days (a feast in all respects). The temple art and other cultural events during the festive days are the reflection of the ancient culture and tradition of Kerala.

As mentioned above the Shrine is located in the south side of Pink City (7 Kilometers from Jaipur Junction Railway Station & Sindhi Camp Bus Stand, 4 kilometers from Jaipur Sanganer Airport). Buses, Government owned as well private, frequently and regularly to Gopalpura from different parts of Jaipur. So, transport connectivity to this temple is good